October 10th brought food trucks circles up in Daley Plaza for a food truck rally. Color me excited! I love food trucks. I’m all about many of them gathering and filling the plaza with their delicious smells. After some tweeting on part of my lady, one truck in particular, DönerMen, came forward as having some killer vegan options. Specifically their DruidWurst, a vegan version of currywurst. 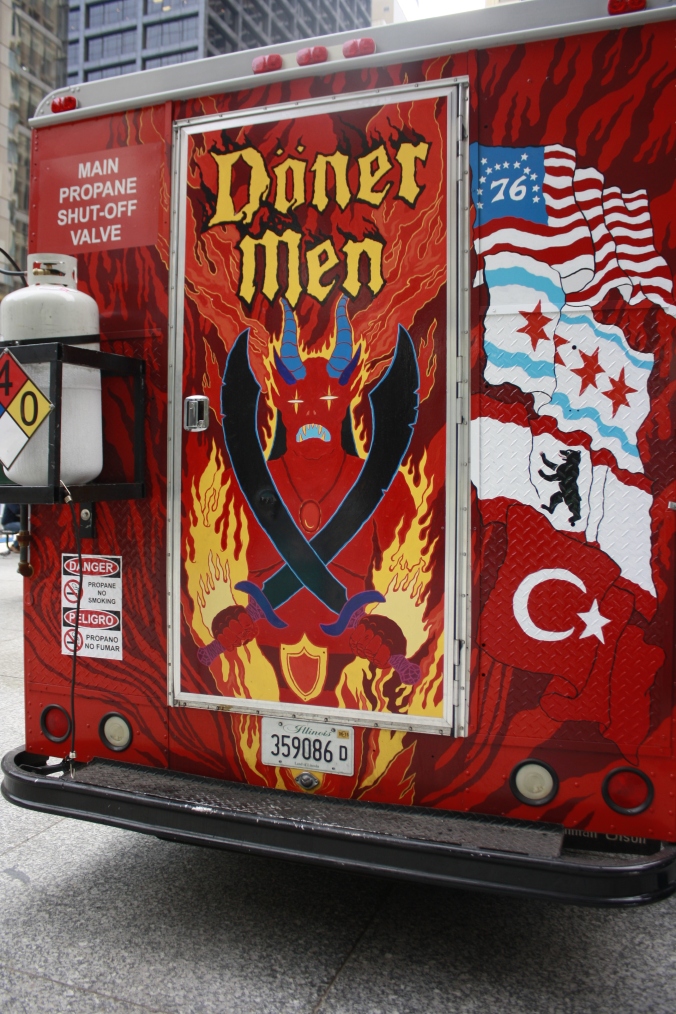 Sausage. Drenched in surry sauce.
OKAY!
So we both trecked to Daley around lunch time and jumped in line behind rather a lot of other people and waited patiently to make our way to the head of that line. A short wait for our food and we were on our way to a heavenly delicious lunch. 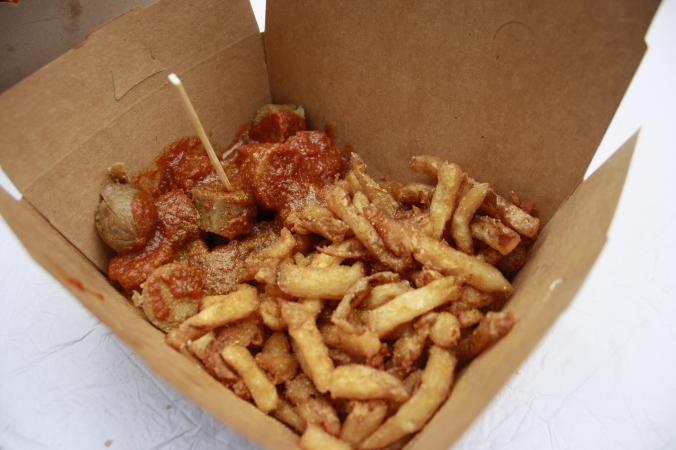 My lady was incredibly excited about this. She ate a fair bit of currywurst in her time in Germany. With her constantly talking about it, I was excited to try it! I’ll quote DonerMen’s website directly for this one:

While the origin of currywurst is foggy at best, legend has it that in 1949 Berlin house frau Herta Heuwer traded beer to British soldiers in exchange for their curry powder.  Not familiar with the spice blend, she added it to her tomato sauce recipe.   This combination of familiar flavors with an exotic twist became an overnight sensation as Herta served it with veal and pork sausage at her street stand near Berlin’s red-light district.  Imitators popped up all over the city and, wall or not, soon all over Germany.  Today 800 million currywursts are eaten every year in Germany, with 70 million in Berlin alone.  It has become such a part of the German culture that it is now traditional for Berlin mayoral candidates to take promo pictures in front of their favorite Currywurst stands.

It was amazing. The sauce was spicy and sweet, the fries were a delicious crispiness. And the lady was incredibly happy to have currywurst again! I will definitely be visiting them again. 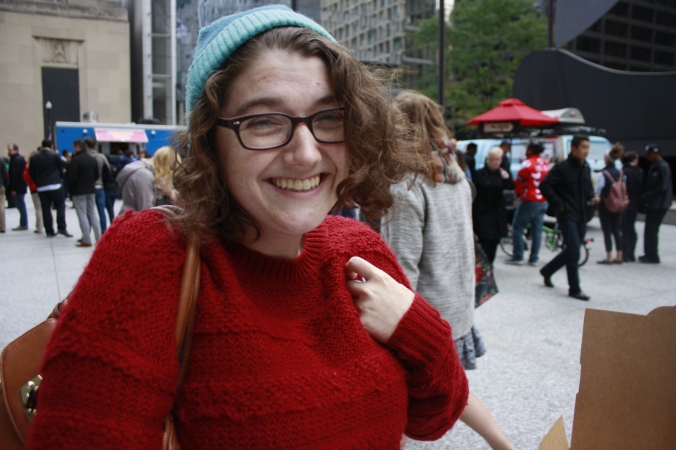 I'm Dannie, a twenty-something librarian with a love for all things style. Interested in collaborating? Contact me! stile.foto.cibo [at] gmail [dot] com

Looking for something specific?